Political Speech and Activity in the Workplace - Archbright

With the presidential election fast approaching, employers are wise to brace for how political speech can encroach on the workplace. Whether employees use free speech arguments to disrupt work or customers take exception to an employee’s politically charged social media posts, an employer’s response must be informed by an understanding of both compliance concerns as well as implications for employee engagement. Employers must know the parameters of free speech rights under the First Amendment and any applicable federal, state, and municipal protections. Employees may also allege harassment based on coworkers’ political activity, and employers need to respond accordingly. And, of course, employers must increasingly pay attention to both visual political statements and employee activity on social media.

During these volatile times, political discourse can yield altercations at any turn; however, employers can and should take some critical steps to lessen its impact on work life. Social media policies and policies on politics in the workplace help frame appropriate behavior in the workplace. Employers can take those policies and apply them to ensure employee behavior remains within the company culture’s bounds and what the law requires. To the extent there are no policies addressing compliance or engagement issues, employers can prepare themselves by understanding the issues, when to act, and when to follow up with others, including legal counsel.

Conversely, public-sector employers (i.e., government employers) are “state actors” under the U.S. Constitution, and their actions can violate the law. Public-sector employers must first consider whether the employee’s speech addresses a matter of public concern and then weigh that speech interest against the employer’s interest in restricting such speech. Stated differently, does the employee’s political statement outweigh the employer’s interest in maintaining an efficient workplace? If you’re in the public sector, choose your battles wisely and intervene only when the speech truly impacts work.

Law, like nature, abhors a vacuum. Where the Constitution leaves private-sector employees wanting when it comes to free speech protections, the National Labor Relations Act steps in to fill that void. Nonsupervisory private-sector employees, whether they’re in a union or not, enjoy the right under Section 7 of that law to engage in concerted activity to discuss wages, hours, or other terms and conditions of employment. Purely political discussions do not fall within the scope of protection. In general, trash-talking candidates does not invoke the NLRA. But when employees start talking about how candidates will raise the minimum wage or improve their working conditions, that speech may be protected concerted activity. Unless the employee is speaking on behalf of themselves—and only themselves—or the employee’s actions are harassing, threatening, or disruptive to workplace discipline, employers are wise to tread lightly. Employers are encouraged to reach out to legal counsel to discuss specific situations; these cases are often nuanced and require a deeper dive.

Federal laws aren’t the only laws in play when it comes to politics in the workplace. State and municipal laws play a role as well. Washington State prohibits public-sector employees from campaigning on company time. Oregon prohibits employers from discriminating against employees for signing initiatives, referendums, recalls, or candidate petitions. Idaho makes it illegal for employers to influence an employee’s vote by threatening discharge. Seattle offers additional protections for all employees based on their “political ideology.” In Seattle, political ideology is a protected class, which means you can’t discriminate against an employee based on their political ideology. Seattle’s Municipal Code defines political ideology as “any idea or belief, or coordinated body of ideas or beliefs, relating to the purpose, conduct, organization, function, or basis of government and related institutions and activities, whether or not characteristic of any political party or group.” In other words, likely everything remotely related to political beliefs could be considered political ideology. In general, employers are wise to seek legal counsel before taking action against employees for any such political speech.

After meeting with all the parties, who do you find credible? Why? Your responsibility in this investigation is to determine whether a company policy or procedure was violated. It is important to separate yourself from the politics at issue and ask whether the accused’s actions, if established, warrant corrective action.

As with harassment complaints, employees are increasingly expressing their political beliefs at work and may use visual representations to do it. Candidate slogans on masks or campaign posters in employee cubicles tend to cause employees to pick sides and dedicate their energies to political debates instead of work. As with the topics addressed above, there is no easy answer to prevent conflict from masks, posters, or pins, but there are steps you can take. Do you have a policy on politics in the workplace? Remember, employers may generally use such policies to prohibit purely political speech—with qualifications. If you work in Seattle, you’ll probably want to have your policy reviewed by legal counsel before rolling it out to your workforce. Do the campaign memorabilia address terms and conditions of employment in addition to their political statements. Do they say a candidate will raise the minimum wage or improve working conditions? If so, there may be Section 7 issues at play, and, again, you’ll want to tread lightly.

Social media issues can be perplexing to even the most seasoned HR professional. Add to that mix divisive political speech, and you’ve got the formula for truly complex employee relations issues. With social media topics headlining most employment law updates for the past few years, many employers are familiar with how Section 7 of the NLRA can limit an employer’s actions when employees turn to the Internet to address their work grievances. Section 7 can play the same role when it comes to politics in the workplace. Again, if posts are purely political, there are likely no Section 7 implications. You’ll still want to consider the optics and whether it makes sense to get involved. If a customer has complained about an employee’s post, does the post conflict with the company’s mission, vision, and values? Even so, would intervening in the employee’s social media activities cause other employees to object? Employers must consider all the possible angles.

There are seldom easy answers to the questions posed by politics in the workplace. Employers must consider a myriad of issues. In addition to compliance considerations, please note that employees can be sensitive about these issues and emotionally charged. Employees often align themselves with political candidates and platforms that correspond with their beliefs in how the world is or should be ordered. As such, those beliefs can spill over into the workplace. When they do, don’t forget to separate yourself from political sensitivities and look at how the political speech or activity is impacting work—from both a compliance perspective and an employee engagement one. 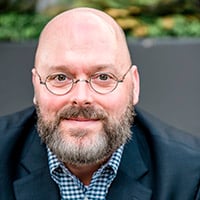