With the Legalization of Medical and Recreational Marijuana, Is Zero Tolerance Still Realistic for Employers?

It has been ten years since Washington voters approved I-502, legalizing the recreational use of marijuana in the state. Oregon voters followed suit and legalized recreational use in 2014. Despite legalization at the state level, marijuana’s continued unlawfulness under federal law has caused many employers to maintain their zero-tolerance policies against any marijuana possession or use by employees. However, employers’ recent challenges with recruitment and retention are causing many to reconsider these policies. Employers rethinking their zero-tolerance policies should keep the following considerations in mind before finalizing any changes.

Is zero-tolerance still required for your workplace under federal law?

Employers who receive federal funding are covered by the Drug-Free Workplace Act, which requires employers to prohibit controlled substances—including marijuana—in the workplace. Yet, the Drug-Free Workplace Act does not require covered employers to drug test applicants or employees. This means that employers do not need to prohibit employees from having any amount of marijuana in their systems to remain compliant. Rather, employers may comply with this federal law by enacting a policy to prohibit any possession, use, or impairment at work, without going so far as prohibiting the use of marijuana outside of the workplace.

However, employers covered by the Federal Motor Carrier Safety Act must drug test all commercial vehicle drivers for controlled substances, including marijuana. Furthermore, as it currently stands, drug testing under this law must be done through urinalysis, which may detect  marijuana use from days or weeks prior. This effectively means that zero tolerance of any  marijuana use, on or off duty, is required to remain in compliance for employers with commercial vehicle drivers.

How do employers prevent impairment at work without prohibiting all off-duty use?

Drug testing has come a long way since the urine testing (which, again, is still required for commercial vehicle drivers) that may detect the use of marijuana days or weeks ago. More and more testing facilities are offering—and employers are opting—to test saliva instead. The saliva test is not entirely accurate for impairment only, as it may still detect the presence of a substance used up to a few days prior. But it is far closer to a test for impairment than traditional urinalysis, as it only detects relatively recent use.

Employers not covered by a testing requirement may still wish to limit drug testing to instances of reasonable suspicion rather than testing all job applicants. A broad pre-employment testing program may unnecessarily reduce the pool of applicants by discouraging applicants who may have used marijuana during the weeks before their application.

What about accommodation for medical marijuana?

Note that several other states, all of which legalized the use of marijuana more recently than Washington and Oregon, do not allow employers to terminate employees for off-duty medical marijuana use. Employers operating in multiple states will need to carefully review the laws concerning medical marijuana use in each state before taking action to enforce a zero-tolerance policy against an employee who uses medical marijuana off-duty.

Archbright members have access to tools and resources in mozzo Resource Library for guidance, including keynotes and sample policies related to drugs in the workplace. Archbright members with additional questions or who need assistance with workplace violence programs can contact our Safety Hotline through email or chat. 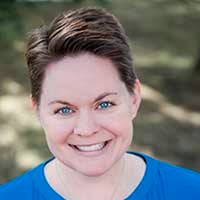