Independent contractors are integral to businesses. They are used to provide specific skills or experience, assist with limited-scope projects or initiatives, address a remote work arrangement, or transition an employee toward retirement. But, businesses that improperly classify workers as independent contractors rather than employees may be subject to litigation (individual and class action), administrative action, liability for back pay, liquidated (double) damages, and attorney’s fees.

The “right of control” test is applied to determine a worker’s coverage under anti-discrimination laws and the National Labor Relations Act (NLRA). Those factors include:

Washington courts have adopted the economic realities test when applying the definition of a worker under the Minimum Wage Act and have set out six factors to consider:

Even if a worker is properly classified as an independent contractor under the Washington State test, employers may still need to pay workers’ compensation and unemployment insurance premiums, which use even more restrictive tests. 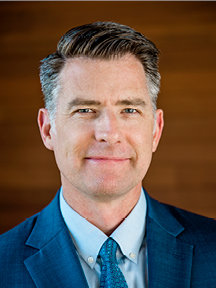 Ben Eckhart is an Attorney for Archbright. In his role, he advises and guides members, conducts investigations, and facilitates trainings. Previously, he worked as an attorney at Winterbauer & Diamond, a boutique employment defense law firm in Seattle. He earned his B.A. from the University of California, Berkeley, his J.D. from the University of Denver, School of Law, and is a member of Association of Workplace Investigators (AWI) and the King County Bar Association. Ben is licensed to practice law in Washington.